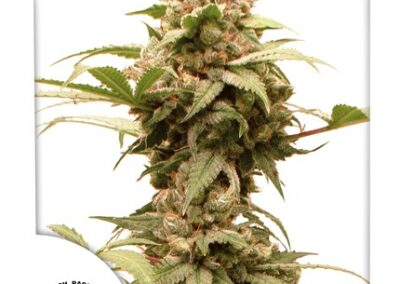 In Dutch Passion’s CBG breeding program they focused on both a feminized and an autoflowering variety that would be rich in CBG and would have very little to no THC. After introducing the photoperiod feminised cannabis seed version of CBG-Force, they are now doing the same with autoflowering CBG seeds, Auto CBG-Force.

Auto CBG-Force stays relatively small (well under a metre) but produces heavy yields of CBG rich cannabis. Flowers look white and frosty, but aren’t sticky like THC or CBD rich cannabis. There are several ailments CBG could help with, but more research is needed to understand the full potential of this relatively new cannabinoid.