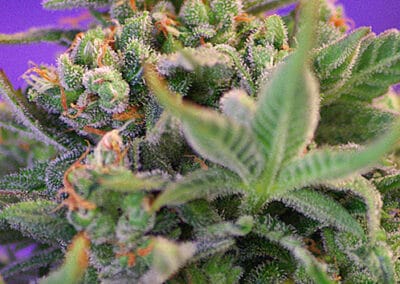 Sweet Cheese Fast version is an F1 strain that was produced by crossing an elite clone of Sweet Cheese with a 3rd. generation Sweet Cheese Auto. The result is a photo-period cannabis strain but with a reduced flowering time. The offspring display great homogeneity as well as the expected hybrid vigour during the growth phase.

The original Sweet Cheese is a hybrid bred from Cheese and Sweet Seeds’ own Black Jack. This fast version is a 60% sativa plant for cultivation in either indoor or outdoor growing environments. Its reduced flowering period makes it a viable plant to grow even in quite high latitudes. Indoors it is capable of producing between 400 – 600 gr/m2 in just 8 weeks of florescence. Outdoors yields are even better with 400 – 800 gr/plant being produced with northern hemisphere harvests taking place in late August or early September.

The mature buds of this strain are long, fat and have good density. They are very aromatic and are liberally covered with sparkling resin-exuding trichomes. The aroma is that of hard, mature cheese. Smokers can expect an effect that is both relaxing as well as uplifting.