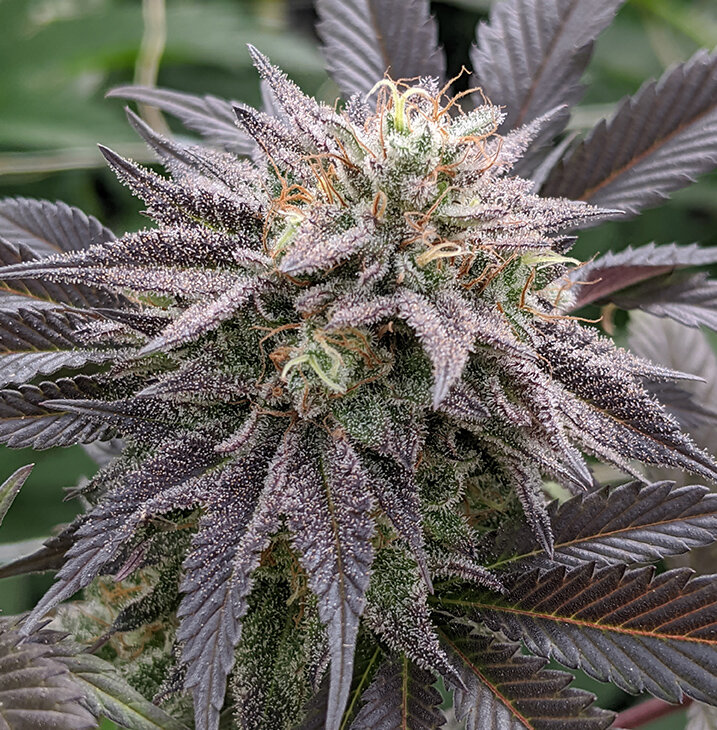 Avenue of the Giants

Named after the famed highway in Humboldt County that meanders through the majestic redwood trees through the dankest of earthy forests, Avenue of the Giants is a union of epic proportions. A culmination of decades of cannabis heritage and cultivation prowess, this strain was developed with terpenes on our mind. This is the confluence of three of our all-time favorite terpene rich strains bred in different regions of the Emerald Triangle by some of the most respected farmers and breeders. The aroma and flavor are dominated by rotten grapes, mushy strawberries, sassafras and red cedar.  Although initially the terms gas and fuel come to mind, that terminology doesn’t do this strain justice.  Gas and fuel fumes are more subtle, the aroma of Ave of the Giants causes an ammonia like deep sinus burn. The effects of smoking are nearly instantaneous with a cerebral confusion followed by a seemingly endless head spinning high. This is an excellent strain for outdoor cultivation because of its earlier than normal finish time. If you are looking for elite contest quality terpenes and flavor,
this is your ticket.

We had been planning this strain for a long time before it finally came together. The male started with a random stop at a gas station where we happened to see our friend Leo, the founder of Aficionado Seeds. We traded a couple of handfuls of seeds and ended up with a bindle of seeds of a strain that later became known as Testarossa. We crossed those seeds with one of our heavy terpene and super early outdoor strains, Sour StrawburrieD. We then crossed that new creation with one of the most coveted and rare terpene bombs called Great Success, which was created in a collaboration by our very good friends and expert cultivators from Happy Day Farms and Cut Creek Farms. We hunted the F1 seeds and found three winners. #33, #12, and #25. The overall winner in the terpene category was #33. We created these seeds by reversing the #33 and crossing her with the #12. This has quickly become one of our favorite strains and should be collected by anyone seeking ultra elite terpene bombs.

From the Head Grower:

Avenue Of the Giants has proven to be a great choice for indoor and outdoor cultivation. She descends from a mostly indica line of proven outdoor cultivars. Full term outdoor season trials verify that she is on par with an early October harvest and seems to exhibit stronger than average resistance to botrytis and powdery mildew. Although the plants can get huge outdoors, expect minimal trellising and average to below average stretch for indoor cultivation. The phenotypic variation of the F1’s was fairly diverse, but the F2 seeds have proven to have much less diversity. Most of the phenotypes will develop purple hues and some will ripen to a  fully developed beautiful lavender color.