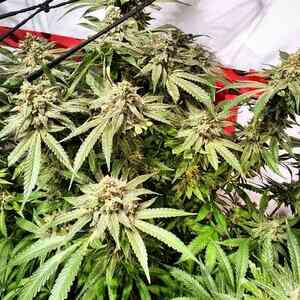 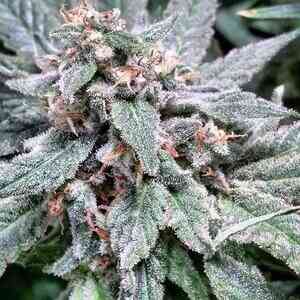 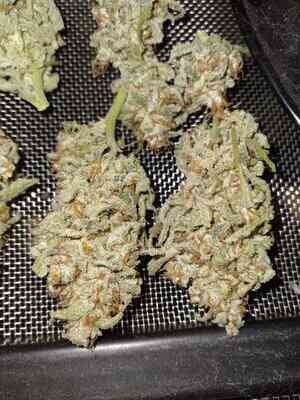 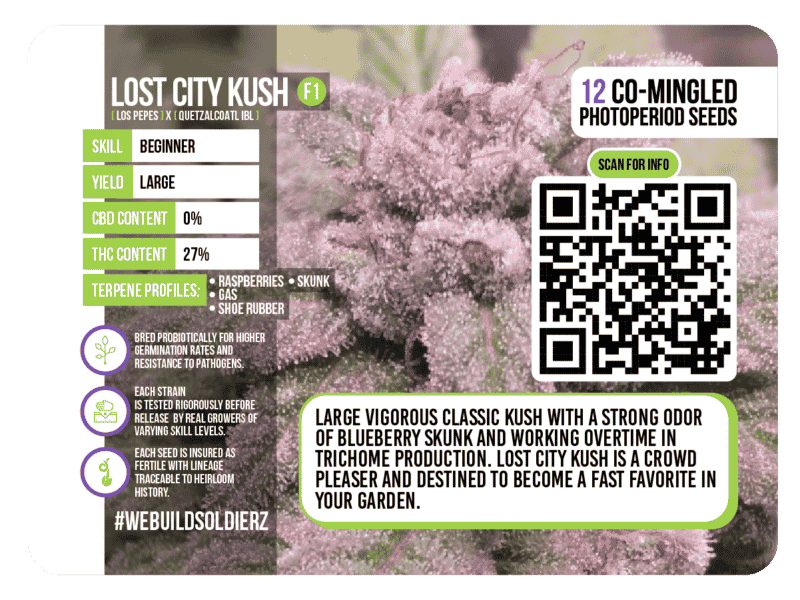 A polyhybrid cross made between Omuerta’s latest best seller, ‘Los Pepes’ and our Quetzalcoatl F4 IBL male pollen. A trifecta of Oakland Purple Kush, Gorilla Glue #4 and an IBL isolate of Grape Stomper. The goal was to provide a large yielding, quality Blueberry Skunk plant to the masses. Lost City Kush has incorporated genetics from all my personal favorites and so the potential for epistasis, or the combining of genetics to make for something even more extraordinary is there in spades.

As a Polyhybrid plant in the F1 stage, these plants were tested fully by Omuerta Gentix in house. Our test plants have been thinned and thinned as they tend to bush out quickly suggesting a good choice for plant strippers looking to supercrop. Plants turn shades of purples and pinks in the last week of their life cycles but appear encrusted in white due to the trichome production. The structure is what Quetzalcoatl F4 should have been. The sour gas scents of Los Pepes have been subtly dulled by a creaminess. I can report tight large flowers with immense resin production very similar in color and structure to the Quetzalcoatl and scents from a tart Gorilla Glue, to the rotten fruit funk Omuerta Genetix is known for, Lost City Kush smoke report is as follows; Thick and creamy. incredibly dense smoke seems to punch the lungs from the inside out. Instantly felt in a rush to the head with forehead and upperbody sweats. Every now and again terpenes and cannabinoids will combine in a way that the effects the user more like a light psychedelic than what they are used to smoking. Lost City Kush has a very euphoric feeling with a side helping of vertigo. Until tests come back, I would drop an educated guess LCK will test in the higher ranges. The yield is respectable even with a low profile indica structure and the flowers both taste great and hit fast and hard with a beautiful bag appeal.

Large vigorous classic Kush with a strong odor of blueberry skunk and working overtime in trichome production. Lost City Kush is a crowd pleaser and destined to become a fast favorite in your garden.