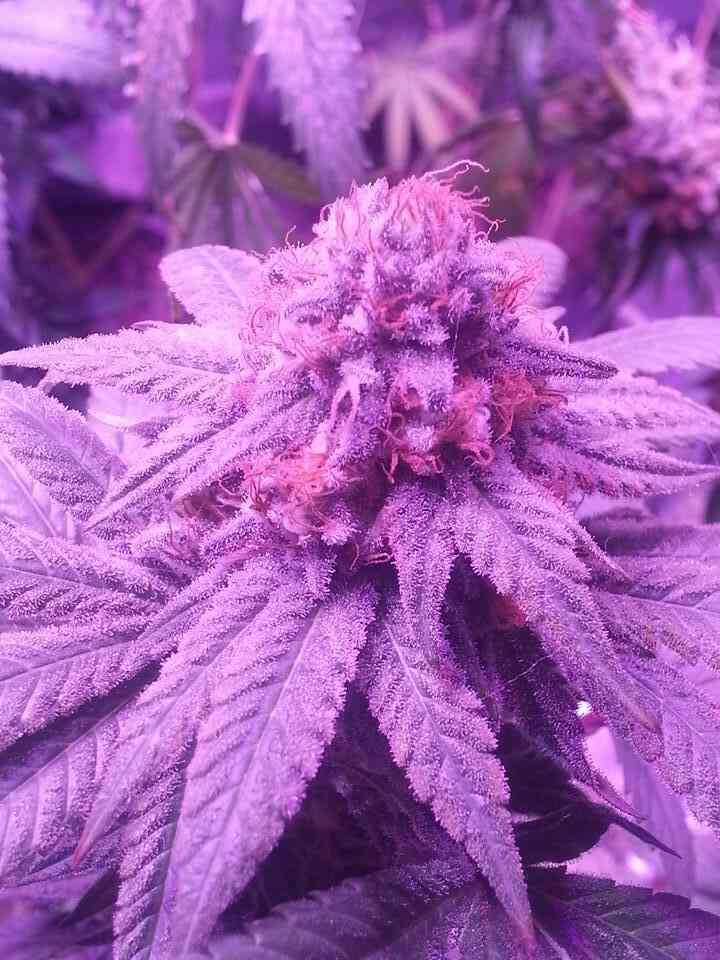 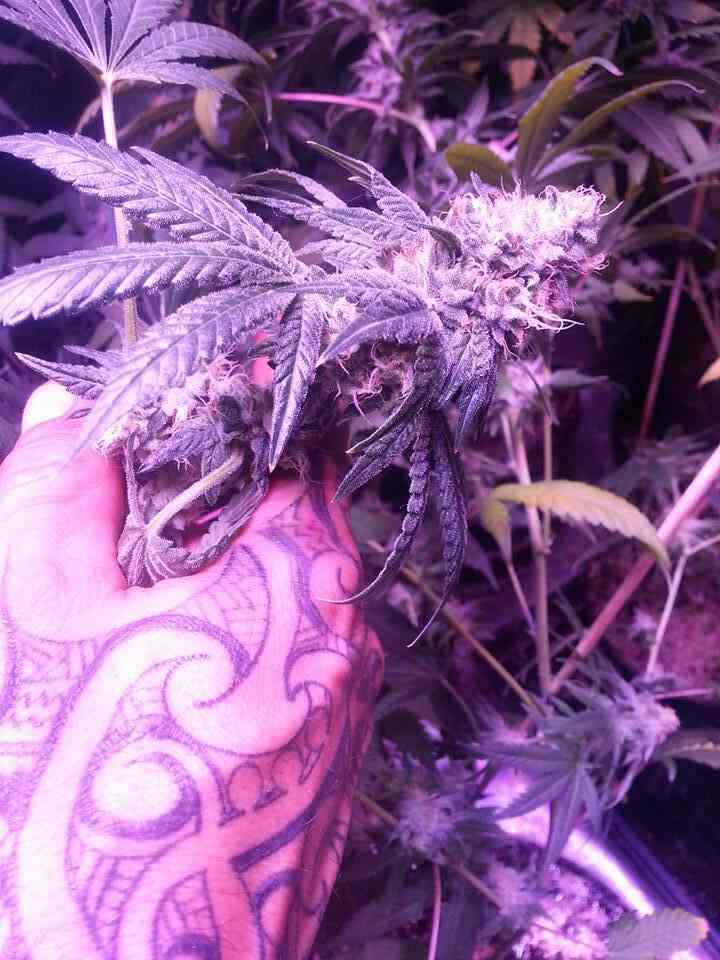 Marijuasca is the result of pairing our stud Oaktree plant that has provided so many stable and potent strains, to our Breeders Stash collection Blackberry Pie. The Blackberry pie is a cross between Oakland Purple Kush and the Grapestomper by Gage Green Group; This pairing strengthens up the Purple Kush while reinvigorating the strain and lending to a more OGkush expression by finding and unlocking the P1 male dominance trait of the Joseph OG. You can expect very dense rock hard buds of a purple candied OG kush plant. Growth is linear in vegetative state and stretches to double height in flowering while packing flowers of pinene and myrcene. She is a pure BEAST MODE plant as you can see from the picture, she will turn your room or tent into a jungle of vines and flowers.

Marijuasca was given away to all our customers in the second half of 2017 to test out and report their findings. The plant grows large leaves and structures like a Sativa plant indoors and out, This plant was tested indoors and in cornfields around the great state of Ohio. The feedback came in positive and we released it as our first official seed drop of 2018. Now brought back as an F2 with the focus on a wider phenotypic spread for 2022. Heavy Narcotic stone with an above average yield.. the definition of quality and quantity.

Blackberry pie lends its heritage to Oakland Purple Kush X Grape Stomper OG, this made for a perfect mate for our Oaktree stud whose genetics come from both sides of the Blackberry’s. The idea behind this cross was to strengthen and reinvigorate equal dominance in both sides. Experimental in nature, Omuerta sent tester seeds of Marijuasca to all our clients in 2016 & the feedback has been great. Expect dense nuggets of grapey OG kush. The plants grow linear and stretch in flowering forming rock-hard buds. Effects are narcotic and heavy hitting instantly with a deep body and mind numbing embrace. The Joseph OG shines through in many of the phenotypes that showed during testing and we are proud to now release it to the public as a limited run of 100 packs.